Award-winning actress Karen Allen (Raiders of the Lost Ark) Makes Directorial Debut at Cannes 2017 with Short Film A Tree. A Rock. A Cloud. Actress Karen Allen, most known for her work in the Indiana Jones film franchise, has set her sights on Cannes this year with the directorial debut of her first short film, A Tree. A Rock. A Cloud.Allen returns to Cannes having been in competition with Paul Newman’s The Glass Menagerie in 1987, and in 2008 with Steven Spielberg for the film that opened the festival, Indiana Jones and the Kingdom of the Crystal.

The film is based on the short story by groundbreaking Southern American writer Carson McCullers, written when she was 25 years old. Set at a roadside café in the early morning in the spring of 1947, a young boy and an older man meet by chance. The man relates a luminous tale of personal heartbreak and loss, and of his hard won understanding of the nature of love. The film stars Jeffrey DeMunn, James McMenamin and Jackson Smith, and won Best International Short Narrative Film in England at the Manchester Film Festival and a Remi Award from Worldfest. Young actor Jackson Smith recently was awarded Best Newcomer at the USA Film Festival in Dallas, Texas.

2017 marks 100 years since McCullers’ birth and her work as a writer (The Heart is a Lonely Hunter, A Member of the Wedding) is being honored across the globe. Earlier this year, Allen screened her film at several McCullers events in the United States and will attend an International Conference at John Cabot University in Rome, Italy on July 15th. The film will screen as part of a world-wide celebration of a writer who has inspired and influenced generations of young writers.

Karen Allen is an award-winning actor/director working in the film, television and theatre world for over 35 years. She has starred in over 45 films including Animal House, The Wanderers, A Small Circle of Friends, Raiders of the Lost Ark, Shoot the Moon, Cruising, Split Image, Starman, Until September, Scrooged, The Glass Menagerie, Malcolm X, King of the Hill, The Perfect Storm, Indiana Jones and the Kingdom of the Crystal Skull, White Irish Drinkers, Bad Hurt and most recently, A Year By the Sea based on the memoir by Joan Anderson.

In the NY theatre she has worked both On and Off Broadway (The Glass Menagerie, As You Like It, Speaking in Tongues, The Monday After the Miracle, A Summer Day) and starred in numerous films for television (Secret Weapon, All the Winters that Have Been, Challenger, and Voyage).

Her work as a director has been focused in the theatre for the past ten years (The Batting Cage, Moonchildren, Extremities, Frankie and Johnnie in the Clair du Lune). She most recently directed the Obie Award-winning world premiere of Lucy Thurber’s Ashville at the Cherry Lane Theatre in NYC. 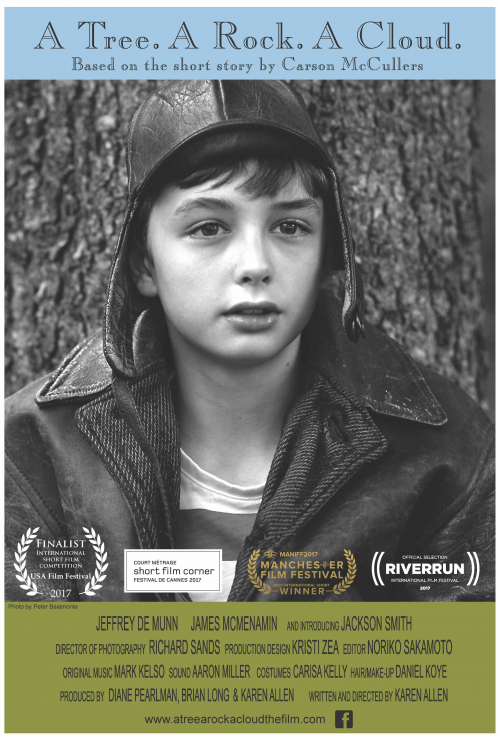